Are you thinking of moving your career from software development to software testing? Or perhaps you plan to break into software testing from a different area of work? In this article, we hope to help with your successful move into another skilled area of work. Be sure to bear in mind that the transition won’t happen overnight and everything comes at a cost. In order to change career from software development to testing, some groundwork needs to be laid first. 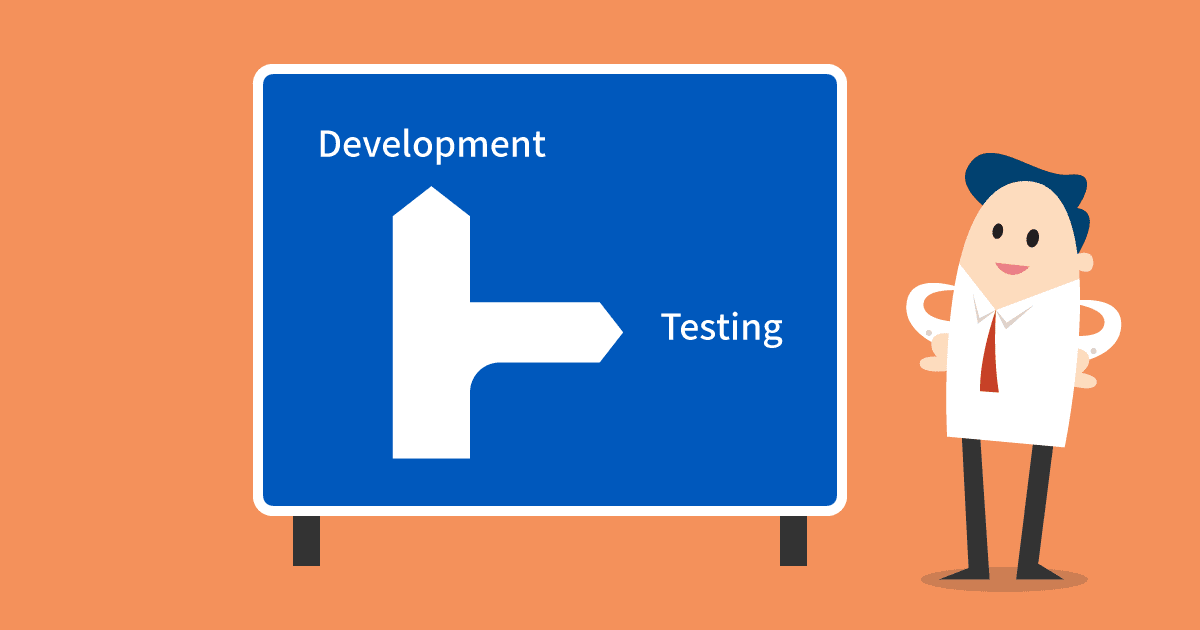 Many of the skills learned in software development are transferable. In both job areas, communication (both written and verbal), understanding a project’s domain, having an analytical mindset, and of course problem solving skills, are always in demand. But some skills, both soft and technical, put testers ahead of the game. Developers and testers both aim to deliver a quality product to the customer, but the perspective and thinking of both contributing sides are always different.

“The only constant in life is change”

Change is unavoidable in life, but the reason behind you deciding to act at this moment is a point to ponder. Shifting to testing can be a positive move, but is it possible that you have decided on the change because of the myth that says testing is easier than development? It could be that you have become tired of working in development. If either of these resonate with you, hold your horses, because you might be wrong here. Let’s get going and read how one can switch successfully.

A manager or a software architect usually determines the skills set needed by a developer, according to a project’s requirements. If various programming languages are required for implementation, then trained and experienced developers will be selected. In those cases, software testers need to possess at least a basic understanding of them in order to execute test cases using manual and automation techniques. It is a myth that testers do not write code, they do, and for that purpose, various automation tools are now available in the market. Automation varies from project to project and software testers often end up writing more complex code than the developer.

In order to migrate to testing, one should have a basic knowledge of manual testing techniques and methods, not limited to performing testing only. These should also include the processes, domain understanding, bug reporting, test case writing, maintaining documentation, and more. Developers will find they have an edge when it comes to automation testing because they already have command of the programming language or languages.

Testers verify the application under negative and positive scenarios. Developers who want to shift into testing should try to work closely with the testers in their own organization. Sit with them and observe closely how the tester and their own team work on the developed functions and modules. In order to gain an understanding of the techniques and methods used in testing, the developer-to-tester should be a person who loves to acquire knowledge, be it from books, reading journals, blogs or through other people’s experience. They should be able to learn and implement on their own. Once they are on the smooth side of the learning path, they should then become more confident and self-reliant and able to take the right self directed decisions on their careers. A combination of manual testing and automation testing will give developers an opportunity to become a destructive tester, which could ultimately give them an opportunity to stay ahead of a game.

There are no hard and fast guidelines to dictate how to become a good tester. However, there are definitely some characteristics that developers need to advance in themselves. Some may already possess them, but if not, they can be acquired.

Yes, you read it right. Testers need to be skeptical because of the questioning nature of their work, whereas in developers, it’s not such a key characteristic. Testers should not assume that the build which is given in the test environment is bug-free. Developers need to tune down their level of optimism before entering into testing.

Developers follow a specification document or what has been conveyed to them regarding the functionality of the application, whereas testers have to question everything that’s needed to trigger the analysis process for breaking down the application from both a positive and negative perspective. To help change the direction of your career, build the habit of asking questions.

To become a tester, negotiation is a must have characteristic. Being a developer, you will be aware how testers negotiate to prove that the bug they reported is valid. On the other hand, developers will do anything to prove that their code is correct and the bug reported by the tester invalid. For a tester, great skills are required to make the report convincing enough to get the bug resolved. Before stepping one foot into testing, practice your negotiation skills.

For a tester, it’s sharp observation that gives them an edge over others. A tester is involved in every process and is a customer’s advocate in an organization. It is the duty of the tester to maintain the pace, which requires a keen sense of observation.

As well as the four characteristics detailed above, there are many more, such as curiosity, attention to detail, a great imagination, logical thinking, and constructive communication, that a tester needs to help them excel in their role. For a developer, it is suggested they follow a consistent roadmap by staying aware of relevant discussion, then finding the opportunities in the testing domain. Dream big, start small should be a motto to keep in mind for career transition.

Software testing career paths have many options, including QA to BA transition, which can be a logical move because both roles have plenty in common.

If you are wondering how to become a QA manager or test lead, these simple steps and tips to use, will help you on your way.